Your family, friends and even your doctor may, probably will at some point, prod you to get moving.  They think that if you can just get on your feet again and start exercising, you’ll be so much better. It’s irritating to hear and just reinforces how isolated you are and how little they understand what you are going through. 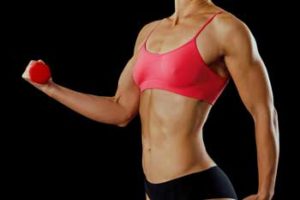 Wouldn’t it be nice if a little exercise was all you needed? Unfortunately ME/CFS is not that simple…Check out some ways to explain why that is.

You have to cut them some slack, though. You may, after all, look like you’re the picture of health. Plus we all intuitively sense that exercise, in general, is good for us and bedrest can make things worse. From the outside exercise might look like just the ticket. They are only trying to help.

Well, exercise is a ticket – but usually not to better health.  While doing what you can within the parameters of your illness to maintain your fitness is a good thing in any disease,  vigorous or even light exercise almost always has negative effects.

But how to convince your family, friends and even your doctor of that? It may take some hard evidence. Below are some suggestions that may help some well-meaning friends, family members and even doctors understand about exercise in chronic fatigue syndrome (ME/CFS).

#1 – Tell them studies show that your symptoms can get worse – much worse.

#2 – Knock out the deconditioning deception, if it shows up.

ME/CFS is not deconditioning nor are its symptoms explained by inactivity. The debility in ME/CFS is much greater than is seen with deconditioning  The Workwell Foundation

Yes, but your doctor says those symptoms are occurring because your muscles and cardiovascular system are deconditioned. You just need to get conditioned again!

If only that were so. If you are deconditioned (as is likely if you’re bed or homebound), note that and then tell him/her that a large study just found that deconditioning played no role in the reductions in energy production found during an exercise study. Deconditioning may be present but it’s not causing ME/CFS.

#3 – Point out the negative physiological effects exercising has on ME/CFS.

OK, they say – so exercise makes you feel bad. But shouldn’t you do it anyway? Just to keep up your strength and fitness? Come with me to the gym…

There is certainly something to be said for being as fit as possible in any disease, but studies indicate that vigorous exercise doesn’t just make people with ME/CFS feel worse – it actually damages them physically. 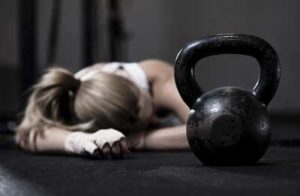 Studies indicate that even short-term bouts of vigorous exercise have detrimental physiological effects on people with ME/CFS.

Studies indicate that vigorous exercise impairs an ME/CFS patient’s ability to produce energy and to think, and negatively impacts the functioning of their brain and their autonomic nervous, gastrointestinal, and immune systems. Exercise appears to produce a burst of inflammation in ME/CFS which results in increased oxidative stress and immune, autonomic nervous system and hormonal changes.

In fact, exercise discombobulates so many systems in ME/CFS that it’s regularly used by researchers to understand this illness. A multi-year study underway at the NIH’s Intramural Hospital is using an exercise challenge to do just that.

Thanks, but you’re going to skip the gym…

#4 – Highlight the unique response to exercise found in ME/CFS.

But, but, but, but, but your friend (or doctor) says, people with heart problems, chronic obstructive pulmonary disease (COPD), diabetes, arthritis and other diseases benefit from exercise. People die from heart disease and COPD and they can exercise. Are you saying that ME/CFS is different from all those terrible diseases?

Yes! Tell them that the evidence to date suggests that the exercise problems in chronic fatigue syndrome (ME/CFS) are unique. Unique, as in – not found in any other disease.

Two-day exercise tests indicate that vigorous exercise in ME/CFS actually damages a person’s ability to exercise. That’s very unusual. People with all sorts of serious diseases like heart failure, pulmonary hypertension, and kidney disease can at least tolerate exercise. It’s not so with ME/CFS: the main energy production system in the body (the aerobic energy system) is broken.

Tell them millions of dollars have been spent using an approach called graded exercise therapy (GET) that seeks to have people with ME/CFS exercise more. Tell them that the field is fraught with problems.  A recent review of those studies was actually withdrawn by the journal editors because they felt the reviewers overstated their case. Tell them that that rarely happens in the medical field but it’s almost par for the course with regards to GET and ME/CFS. 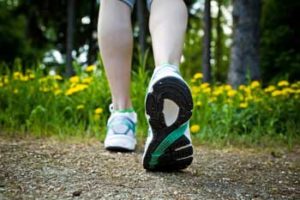 The largest study ever in ME/CFS – the PACE trial – had so many problems that a journal devoted an entire edition to exploring them.

One huge trial, apparently struggling to get positive results, so dramatically changed their criteria for success that some people with ME/CFS were considered recovered at the time they entered the trial. (Even then the results were mediocre. When another group used the original criteria for success, even those small benefits disappeared.)

Called the PACE trial – the biggest ever in ME/CFS – that study was so poorly done that an entire issue of a medical journal was devoted to exposing its weaknesses.  One hundred academics recently signed a letter asking that the results of the trial be re-analyzed.

After a review by an independent group found little evidence that GET works in ME/CFS, the Centers for Disease Control promptly stopped recommending it.  This year – the Dutch Health Council – long the bastion of a GET approach to ME/CFS – did the same.

Get the picture? If your doctor thinks they know about exercise and ME/CFS and they’re putting you on a graduated exercise plan that increases your exercise every week, they’re getting some bad information.  The GET field is plagued with bad studies which at their best produce mediocre results. 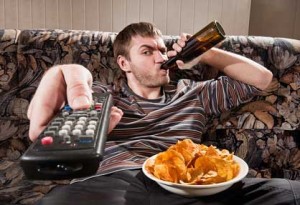 Were you a couch potato pre-ME/CFS? It doesn’t matter. Even the fittest among us can get this disease.

#6 – Demonstrate that ME/CFS can happen to ANYONE.

Maybe someone thinks this disease is just the accumulation of insults that you, a couch potato par excellence, somehow foisted upon yourself? If so, tell them about what happened to Jamison Hill – bodybuilder.

Jamison Hill was a bodybuilder and athletic trainer before he suddenly, in the midst of a workout, became dizzy, experienced chills and intense heart palpitations – and came down with ME/CFS. Prior to ME/CFS, he spent over 1,500 hours a year working out.

At his worst after ME/CFS, he couldn’t leave his bedroom. Five years later, he’s still homebound with no end to the disease in sight. He’s just one of many former athletes to get it.

#7 – Demonstrate that even gentle exercise can be too much.

OK – your friend says, pounding weights at the gym is out. How about just going for a walk every day. Surely you can do that!

#7 – Inform them that even normal daily activities are often too much.

If only he knew how much you’d love to do housework. How much you’d LOVE to be able to scrub the kitchen floor again!

One study found that the more activity people with ME/CFS engaged in, the more symptomatic they became. Exercise physiologists have found that the aerobic energy production system can be so broken in this disease that even sitting up can be too much.

Even normal activities are often too much. The reason is that ME/CFS is not an exercise disorder, it’s an exertion disorder.

#8 – Emphasize that exercise is just the tip of the iceberg: ME/CFS is really an “exertion” disorder.

Explain that ME/CFS is an exertion disease. In fact, problems with simply exerting oneself, whether physically or mentally, are often so dramatic that a federal report suggested that ME/CFS be called Systemic Exertional Intolerance Disorder (SEID). 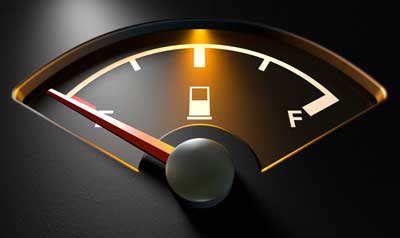 If only ME/CFS was an exercise disorder. It’s much worse than that. ME/CFS is actually an exertion disorder – which leaves many people effectively running on empty.

New Term – Symptom flares occurring after too much exertion are so bad that a new term – post-exertional malaise (PEM) – was introduced into the medical lexicon to characterize it. PEM is the hallmark symptom of ME/CFS; if normal physical or mental exertion does not cause your symptoms to increase – you don’t have hME/CFS: it’s as simple as that.

Tell him/her studies indicate that too much exertion produces symptoms like exhaustion, brain fog, sleep disturbances, headaches, muscle pain, flu-like symptoms (e.g. nausea, irritable bowel), dizziness, anxiety, depression, and sensory overload. In the worse off, too much exertion can produce a symptom flare that lasts weeks or even months.

If they still can’t believe how bad it can get direct them to Mark Vink’s story. Mark is a doctor with ME/CFS who can now hardly make it to the bathroom on his own.

#9 – Besides, tell them (politely) that you’d really rather listen to the voices of experience …

Weeks or months? How about years? If they’re still bugging you and you’re not home or bedbound now, you might tell them that about 25% of people with ME/CFS are… and they got that way somehow. The number one response to an informal survey asking people with ME/CFS what they would have done differently, was that they would have paced themselves earlier in the illness. Several thought their lack of pacing set them up for a devastating decline.

#10 – Tell them what can work and how you would LOVE to get some support with that. 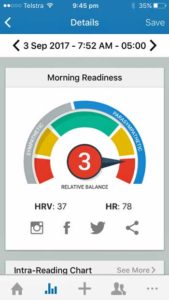 All is not lost. Careful pacing using one’s heart rate or a heart rate variability monitor can help improve fitness, reducing pain and fatigue to some extent.

At this point your friend may be flustered by all this bad news. Tell them there is one thing that appears to help about 75% of people with ME/CFS. It’s called pacing.

One study found that staying within one’s energy envelope or pacing – staying at a level of activity which does not cause symptoms – allowed many people with ME/CFS to do a bit more with fewer symptoms.  Short-term attempts at “pushing through” resulted in crashes (pain and suffering) and less activity overall, while pacing and remaining within one’s energyenvelope allowed people with ME/CFS to do more with less pain and fatigue.

Pacing is not a cure, but it can help, and there is an approach to exercise that does work. A heart-rate based exercise protocol which includes pacing and avoids the anaerobic energy production system can help you keep as fit as possible without sending your system into a flare.

Physical therapy – done correctly – can help too. Some patients find that exercises like yoga and QiGong, which keep one limber and emphasize breathing and calming techniques, are beneficial.

How to Do More With Less

Check out exercise physiologist Staci Stevens’s video presentation “How to do more with less” on some appropriate ways to improve fitness in ME/CFS.

More in this series