Ivabradine – Could a “Wonder Drug” For POTS Work in ME/CFS?

Ivabradine appears to work quite well in POTS  – but should we stop there?

Ivabradine was approved for use in the European Union in 2005, but it’s pretty new to the scene in the U.S. It was FDA approved in only 2015. That means it doesn’t have much of a history but it would be accurate to say that it hit the (postural orthostatic tachycardia syndrome) POTS community in the U.S. with a bang.

(Check out Ivabradine on Wikipedia or Corlanor on Drugs.com, though, and you won’t even get a hint that it might useful for POTS. Corlanor, for them, is a heart failure drug that inhibits a “pacemaker current”, thereby reducing pacemaker activity and slowing heart rate – allowing the heart to fill with more blood.)

Ivabradine goes by the trade name Corlanor in the U.S., Procoralan (worldwide), Coralan (in Hong Kong, Singapore, Australia and some other countries), Corlentor (in Armenia, Spain, Italy and Romania), Lancora (in Canada) and Coraxan (in Russia and Serbia), Ivabrad, Ivabid, IVAMAC and Bradia (in India). 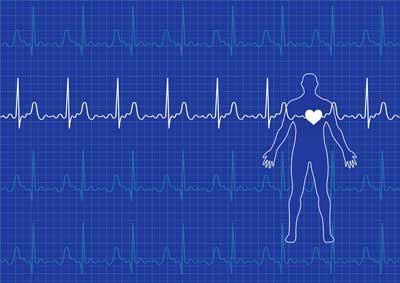 Ivabradine has been able to increase heart rate variability and reduce sympathetic nervous system activation – both of which are found in ME/CFS/FM.

It was the ability of the drug to slow the heart rate that drew POTS doctors and researchers eyes. They had a couple of drugs – such as the beta blocker propanolol, pyridostigmine bromide (Mestinon), Clonidine – on the shelf to do this, but Ivabradine is different from some other drugs in that it slows the heart rate without affecting other cardiovascular factors (myocardial contractility, ventricular repolarization, or intracardiac conduction) and has fewer side effects.

The drug appears to work quite quickly, as one study evaluated the effects of a single 7.5 mg dose. Overall, it appears that the drug has helped from about 55-75% of patients – most of whom had failed at least one standard POTS treatment with most patients having failed three. One study found that 72% of patients had “complete resolution or great improvement” in their symptoms (!).

The review also suggested that Ivabradine might be successfully added to treatments such as fludrocortisone and midodrine. The authors suggested that using lower doses of several drugs might be more effective than trying to maximize a single drug.

The doses in the study ranged from a low 2.5 to a high 20 mg/day. Initial doses ranged from 2.5 once daily to 5 mg twice daily. The most common starting dosage was 5 mg/day in one or two doses. The mean maintenance dosage was around 9 mg/day.

The drug appears to be well tolerated. The most common side effects were mild, and included dizziness, nausea, headache, fatigue, and visual disturbances. Of the 124 patients assessed, only 3 discontinued the drug because of side effects. (Ivabradine can produce severe side effects – apparently in the higher doses used in heart failure.)

The news so far is good. As of 2018, though, only 132 POTS patients had been assessed and none of the crucial large placebo-controlled, double-blinded studies have been done. Another recent review of POTS mechanisms and treatments took that into account when it stated that “in the absence of a prospective comparator study, ivabradine should not be considered a first-line therapy drug” drug for POTS.

A 2020 review concluded that “ivabradine can be safely used in patients with POTS symptoms as very few side effects have been reported, along with a dramatic improvement in the symptoms like palpitations, syncope, and falls due to loss of consciousness”. Ivabradine can be offered as a second-line treatment in patients with POTS as beta-blockers are mainly used at first.

A study funded by, guess who – Dysautonomia International – comparing Ivabradine and Propanolol in POTS – underway at the University of Calgary is going to provide a “comparator study”.

The big problem doing so is physician knowledge and cost. After Amgen bought up the rights to Ivabradine in the U.S., and got it approved for heart failure in 2015, it jacked up the price to around $4,500 for a year’s supply. Dr. Grubb said many of his patients are getting around the high cost by buying from Canada.

If you’re thinking you don’t have POTS because you’re not experiencing dizziness then maybe think again. In a case report two Pakistani researchers asked “Is ivabradine a wonder drug for atypical POTS?“. A 19-year old women had had four fainting episodes over a year and a half but no history of fatigue, dizziness, nausea or other symptoms that were suggestive of POTS. (Interestingly she’d had a severe enough concussion three years earlier to make her withdraw from sports.)

An extensive workup did not reveal any abnormalities, but during a tilt table test her heart rate roared to almost 150 bpm and she lost consciousness. (Her blood pressure remained normal.)

Neither increased fluids and salt, nor fludrocortisone (Florinef) helped, but when she was put on 2.5 mg 2x’s/day of Ivabradine, her symptoms improved.

We’re still learning about Ivabradine and may be just touching its potential.

Take propanolol. It’s been around since the 1960s – giving it more than enough time to sow its oats – and it has. Over time it’s become used in a wide variety of diseases including hypertension, heart failure, anxiety, migraine, glaucoma and PTSD! As time has gone on, though, propanolol’s use has been cut back a bit as studies have shown it may cause hypertension.

My feverish little brain is always working overtime trying to establish connections. Maybe it’s working too hard – but here’s the question: if propanolol can end up being used to treat performance anxiety, and PTSD, and other conditions, why shouldn’t Ivabradrine – which has fewer side effects – end  up being used for conditions other than heart failure and POTS?

Being the newbie Ivabradine is, we exactly how it works. It clearly works on the heart, but does it do other things? A recent hypothesis paper “Ivabradine modulates the autonomic nervous system by affecting the “little brain” of the heart: A hypothesis” suggested that it does – and in ways that could benefit people with ME/CFS, fibromyalgia and other diseases.

How nice it would be to turn that fight/flight system down.

Nobody knows how it does this – as Ivabradine does not affect the alpha or beta receptors that regulate the sympathetic nervous system – but the two Slovakian researchers have an idea. 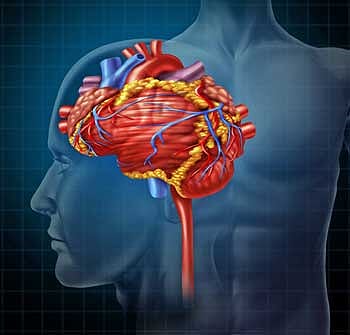 Some researchers think Ivabradine is using the “little brain” in the heart to reset the autonomic nervous system.

The authors note that simply slowing the heart down – and we know the heart rate in ME/CFS is raised in sleep – improves energy metabolism and reduces lactate production – particularly in low oxygen or ischemic environments (which may be present in ME/CFS. As reduced heart rate variability is the best predictor of poor sleep in ME/CFS one wonders if low dose Ivabradine might be helpful for sleep.

At this point, it’s all conjecture. It’s not at all clear that doctors would be willing to try a drug like Ivabradine in ME/CFS or FM patients who do not experience high heart rates upon standing. At low doses, though, it might make sense.

Do You Have POTS?

You may say that you don’t have POTS (dramatically increased heart rates (> 30 bpm) upon standing.) But are you sure? Have you had a tilt table test – and if you did – were you on the table long enough? Visser’s 2018 study showed that the median time for an accurate POTS diagnosis for ME/CFS patients was 3 minutes; i.e. if you were on the table for 2 minutes, there was a good chance your POTS diagnosis was missed. They recommended that ten minute tilt table tests be done.

The folks at the Bateman Horne Center also recommend 10 minutes for doing the at-home version of the tilt table test – the NASA Lean test. The “lean” in the NASA lean tests approximates what occurs during the tilt table test as you are strapped onto a table and lifted up. If you haven’t taken it, give it a shot.

Find out how to do the NASA Lean Test to determine if you have POTS or neurally mediated hypotension (reduction in blood pressure) here.

Note the atypical POTS case mentioned earlier. While the young woman had suddenly fainted several times, she did not regularly experience dizziness or even fatigue or even heart palpitations during her fainting episodes. Still a tilt table test showed that she did indeed have POTS and that Ivabradine helped. If it’s possible then to have POTS without experiencing dizziness or lightheadedness upon standing, it’s possible to have POTS without having some of the major symptoms associated with it.

Being curious. Checking out new possible treatments for ME/CFS/FM and allied diseases is one of Health Rising’s core commitments. If you appreciate a website that tries to dig under every stone for help for these diseases please support us!

Use PayPal (below) to support us or find out other ways (checks, Amazon, even bitcoin!) here.