Is An Anti-ME/CFS “Cabal” Blocking Funding? + A Bold Request

The Hunt for More Funding For ME/CFS

This is the fourth in a series of blogs on advocacy topics as we enter into the prime advocacy period of the year.

The ME/CFS Research Community Shows Up

No funding – no progress. It’s as simple as that – and the news is not good for chronic fatigue syndrome (ME/CFS). A recent blog highlighted how, relative to its needs, ME/CFS is maybe the poorest funded disease in U.S. If ME/CFS is going to move forward in a meaningful way, in a meaningful timeframe, it simply needs more funding – lots more funding.

Study Finds ME/CFS Most Neglected Disease Relative To Its Needs

In that regard, 2020 was the best of years and the worst of years for ME/CFS research. Perhaps the field’s most crucial need – the need for researchers to apply for apply for grants in abundance – finally showed signs of being met. Given what happened over the past three years, that was a shocker. During the three year span from 2017-2019, ME/CFS researchers had applied for the lowest number of NIH grants in memory (@ 8 yearly).

A Freedom of Information Act (FOIA) request indicated that ME/CFS grant applications to the NIH (18) were up significantly. Plus, in a truly remarkable burst of activity, ME/CFS researchers – mostly from the Open Medicine Foundation-funded Harvard and Stanford ME/CFS Collaborative Research Centers – poured in over 2 dozen grant applications into the Congressionally Directed Medical Research Program (CDMRP).

More ME/CFS researchers applied for more grants last year than in any year in memory.

That was real progress. The NIH has asked the ME/CFS field to pull itself up by its bootstraps for decades, and last year it did.

Davis’s recruitment of Ron Tompkins at Harvard was a particularly important step. Even at Harvard, Tompkins has stood out in his ability to get grants. Over the course of his career, he’s managed to obtain over $200 million in NIH grants.

Tompkins so quickly enrolled a large cadre of interested researchers and doctors in ME/CFS that by 2019 he reported that, if he had the money, he could fully staff and run a Center of Excellence for ME/CFS.

“The COE… would be extraordinarily well-supported by a very large group of extremely knowledgeable and committed clinicians and investigators at the Harvard-affiliated Hospitals as well as a key cohort of longstanding critical collaborators.”

In 2020, Tompkin’s group was responsible for many of the CDMRP applications. 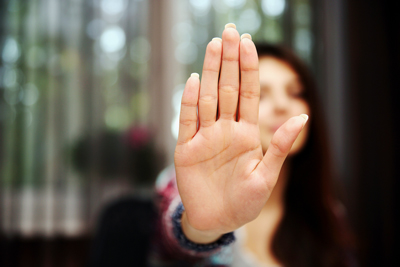 Lots of grant applications did not equal increased funding.

For all the work that was put into the grants, the results were disappointing.

Over at the NIH, a good number of grant applications involved “continuing grants”; i.e. applications which fulfilled years two, three or four of a multi-year grant. Still, overall the numbers were considerably up.

The 18 grant applications to the NIH resulted in four new grants for ME/CFS; two small R21 grants and two large RO1 grants. It was certainly very good to see Lenny Jason get a big grant to study his infectious mononucleosis and long-COVID cohort, but overall, the pickings were slim.

Despite all the grant applications ME/CFS researchers had pumped in, we actually started 2021 off in worse shape at the feds. The NIH predicted it would spend $1 million less on ME/CFS this year.

Federal officials have told the ME/CFS community for decades that it must pull itself up by its bootstraps; that if it provides good grant applications, they will get funded. Last year, the ME/CFS field – largely led by Open Medicine Foundation-associated researchers – did pull itself up by its bootstraps – and that burst in grant applications was not the result of federal support. It was homegrown.

When ME/CFS researchers finally showed up, though, their applications were largely rejected. That was doubly disappointing given the field has also recently leapt over another hurdle – the lack of really top-flight researchers.

Most of the CDMRP applications came from two of the top medical schools in the country (Harvard and Stanford). These schools attract the best and the brightest, and have support systems to ensure grant applications are well done. The leaders of the two ME/CFS research centers in the States, Ron Davis at Stanford and Ron Tompkins at Harvard, have over their careers received very large and longstanding NIH grants. If anyone knows how to fashion a grant, they do.

They aren’t the first prominent researchers to buck up against a culture inimical to ME/CFS. About 20 years ago, another stellar researcher, Ron Glaser, was attracted to the ME/CFS field. Glaser had published more than 300 papers in his career, he’d founded the Psychoneuroimmunology Research Society, and the Institute for Behavioral Medicine Research (IBMR).  About the time Glaser was beginning to study ME/CFS, he was recognized as one of the “World’s Most Cited Authors.”

Glaser, clearly a very busy man, was very interested in the intersection between Epstein-Barr virus and ME/CFS and was eager to study it. Glaser even went so far as to  serve on the federal advisory committee on ME/CFS (CFSAC), yet ended up walking away from the field in disgust when he couldn’t get his grant applications funded. Glaser – whose Institute received over $130 million in research grants – was practically apoplectic over the situation. It wasn’t just anger. He was stunned – he couldn’t believe his applications were being treated this way.

Chronic fatigue syndrome (ME/CFS) isn’t, of course, the only field to encounter prejudice. Two years ago, the late Sharon Begley, in “The maddening saga of how an Alzheimer’s ‘cabal’ thwarted progress toward a cure for decades“, reported how an Alzheimer’s “cabal” at the NIH held back good research there and elsewhere. 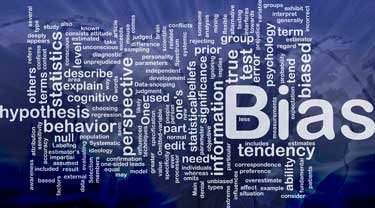 It wasn’t a cabal per se. It was more an inherent bias that pervaded Alzheimer’s research.

In over a dozen interviews, Begley learned about “frustrating, even career-ending, obstacles” facing researchers who didn’t buy into the now mostly rejected amyloid hypothesis for Alzheimer’s. Funding was hard to get, getting published in prominent journals was impossible, speaking slots at conferences were denied, getting tenure became problematic.

One researcher who’d contributed an important early finding regarding amyloids but who eventually soured on the hypothesis, finally left the field, stating that she was “sick about the millions of people who have needlessly died from the disease.” Another NIH researcher believed that the amyloid hypothesis devolved into an “almost religious belief system, where people stopped being skeptical or even questioning.”

Ultimately, that belief system resulted in “a stifling of good ideas”, two decades of mostly fruitless research, hundreds of failed clinical trials, and literally billions of dollars apparently going down the wrong rabbit hole. While research on the role amyloids play in Alzheimer’s continues, at least right now, the amyloid hypothesis looks to be probably the greatest failure of modern medical research. No other field has gone so wrong for so long.

We all love a good conspiracy, but, in truth, there was no conspiracy – no “cabal” (e.g. a secret clique or faction) behind the Alzheimer’s mess. The leaders of the amyloid movement were simply ascendant, and believed that amyloids were the key to Alzheimer’s. They, then, used their influence to thwart anyone who didn’t believe the same.

It appears that Tompkins, Davis, and Glaser are in a similar situation. Getting good funding for ME/CFS, it turns out, is like peeling an onion. The first layer that needed to get peeled off was getting researchers interested. That has happened. Linda Tannenbaum, the founder of the Open Medicine Foundation, told me we finally have the researchers’ ears – we have much more interest than funds.

Getting thwarted at the institutional level, of course, has real consequences. Ron Tompkins, for instance, has been very effective at enrolling researchers to study ME/CFS. If those researchers conclude that they can’t make it with ME/CFS, they will go elsewhere. Plus, and perhaps even worse, the word will inevitably spread at Harvard not to take your chance on ME/CFS. The program will become tainted by that, and the opening Tompkins has created will close.

That not a great scenario but it’s vital to get that a real opportunity is present. We have the researchers, and Tompkins is “very excited” at the data coming in. We are on the cusp of something that we’ve been working toward for years.

But how to make the jump into the big time? How to take advantage of this opening? 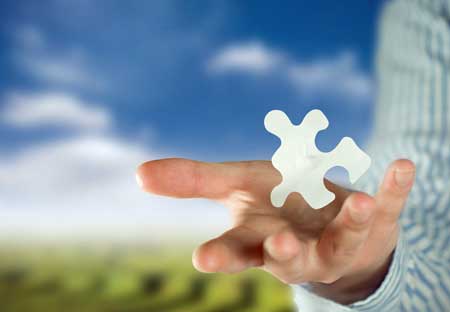 Big donors have major impacts on many diseases. Why not ME/CFS?

There is one quick way … big donors. Big donors can and do make major and immediate impacts on diseases all the time. Very large amounts of money are going to medical research all the time – and with the stock market gains of the past year, a lot of money is out there. Check out some of big donations that came about recently.

My request is that someone step forward and blow this field wide open. We have the talent, we have the interest and this field is ready to rock and roll. Getting ME/CFS researchers embedded now in long COVID and ME/CFS research now will pay huge dividends for them and us as the long-COVID research proceeds.

What can the rest of us do? Continue contributing to our research foundations and participate in the biggest awareness event of the year – #MEAction’s #MillionsMissing week from May 9th-15th.