“Emerging Options for Autoimmune ME/CFS”: Scheibenbogen at the 2021 IACFS/ME Conference

This is the second in a series of blogs on the virtual 2021 International IACFS/ME Conference,

Dr. Scheibenbogen shows the impact that a leader in the field can have. Virtually no ME/CFS studies came out of Germany prior  prior to her taking on ME/CFS. Since 2010 she’s co-authored 30 papers on ME/CFS and was able to point to a large multidisciplinary team at work on this disease.

In her “Emerging options for Autoimmune ME/CFS” presentation, Scheibenbogen laid out the case for an autoimmune cause of ME/CFS in at least a subset of patients. There’s the infectious trigger (often EBV – a stellar autoimmune disease trigger), evidence of increased family histories of autoimmunity, and study results. 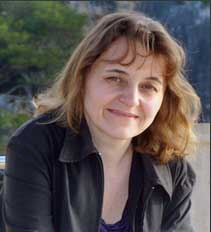 Carmen Scheibenbogen proposes that autoimmunity drives ME/CFS in many people.

She pointed out that a 2020 study from her German lab found that ME/CFS patients with an infectious onset were 2x’s more likely than those with a non-infectious onset, or healthy controls, to carry two gene polymorphisms that are strongly associated with autoimmunity. A 2020 Norwegian study, featuring among others, Fluge and Mella, also found an increased prevalence of MHC II molecules that are associated with autoimmunity.

Scheibenbogen’s been focused on B-adrenergic, M-acetylcholine, ATI and ETA receptor autoantibodies. She hastened to note autoantibodies, including the ones she’s looking at, can have positive effects. These are natural autoantibodies – they’re found in everyone, healthy and non-healthy alike – and at the right levels they’re helpful, but in some diseases, they’ve been shown to produce problems.

They certainly seem handmade for ME/CFS. They can vasoconstrict the blood vessels, causing the release of vasodilators and pain-enhancing subjects such as bradykinin, and ultimately reduced blood flows to the muscles, the brain, as well as leakage from the capillaries and low blood volume.

Then came a shocker. Scheibenbogen went over clinical trials (Rituximab, IgG, Endoxan, Immunoadsorption) that provide support for an autoimmune origin in at least a subset of patients.

Rituximab, of course, was high on the list. Scheibenbogen reviewed all three Rituximab trials – the two early, successful, small Phase II trials, and the big Phase III trial which failed – dooming Rituximab as a potential therapy for ME/CFS. The second Phase II trial followed 28 patients over 15 months and found that 18 responded well to the drug. It seemed we were set for a big success, but then the Phase III trial, following 151 patients over 15 months, failed with more responders in the placebo arm than the drug arm.

See the transition from the blue dots at baseline to the red dots at 24 months. After that – with no more maintenance doses – the patients declined.

She compared the results of the 3rd trial to the many patients in the Phase II trial who went from severely impaired to recovered, or close to recovered, 10-15 months later.

Scheibenbogen called the maintenance dose “critical” and questioned whether it was too small in the Phase III study to knock the B-cells down. She also questioned whether the criteria for success – > 4.5 fatigue score for 8 weeks – was too brief and noted that the Phase I trial found it took 3 months for a response to show up. She also noted that patients in the placebo group received “standard” care, which may have improved their symptoms. 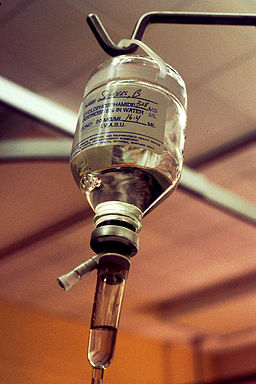 Cyclophosphamide was a “demanding” treatment but some people on it were able to go back to work.

The Rituximab saga is over – there will be no further Rituximab trials, but the recent open-label, Phase II, 2020 cyclophosphamide trial had good results, with over 50% of the patients responding. The long-term trial – 18 months – extended in some cases up to 4 years – found about a 50% increase in activity to over 6,000 steps per day. (While substantially less than recommended, 6,000 steps per day is above average). Four years later, 68% were still “in remission”.

Fatigue was down and functionality was up in the responders. 77% of the responders achieved a fatigue score increase of at least 4.5. (Because a fatigue score increase of 4.0 was deemed a slight improvement, not everybody had dramatic reductions in fatigue). Functionality scores, though, appeared to improve dramatically as the SF-36-PF increased from 35.0 at baseline to 69.5 at 18 months (p <0.001). Only two of the participants were working part-time when the trial started. By the end of the study, 9 of the 22 responders were able to return to part or full-time work or study.

Cyclophosphamide did not appear to be a magic bullet, but a subset of patients clearly experienced significant improvement. It’s an older and more toxic drug and the authors called the treatment period “demanding” (nausea and constipation were common). Eleven patients were hospitalized at one point, but the authors assessed the toxicity as “acceptable” given the high symptom burden and low quality of life of many people with ME/FS.

Particularly after the Rituximab results, the authors urged caution regarding interpreting the cyclophosphamide results. A placebo-controlled, double-blinded study is clearly needed. 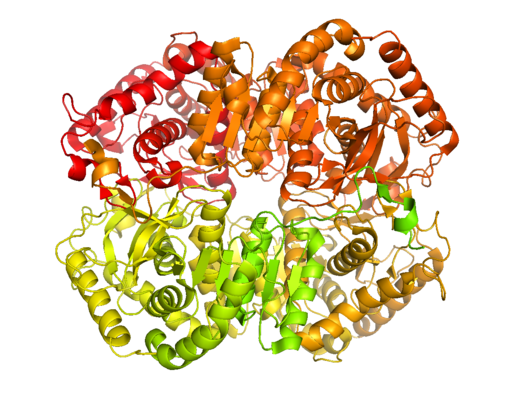 Peolple with high lactate dehydrogenase (LDH) levels did better on IgG. Their LDH levels dropped while on the treatment.

An IgG trial, “Tolerability and Efficacy of s.c. IgG Self-Treatment in ME/CFS Patients with IgG/IgG Subclass Deficiency: A Proof-of-Concept Study – PubMed (nih.gov)“, provided another indication of B-cell mediated immune dysfunction.  Immunoadsorption removes IgG antibodies from the patients, including the autoantibodies Scheibenbogen’s been tracking.

Five of the 12 patients had a “clinically meaningful response” by the 12th month. A clinically meaningful response does not mean a return to health, and is defined by one point for more improvement in at least 50% of symptoms in the Chalder Fatigue Scale between the first visit and 12 months later. Increased physical functioning, as defined by the SF-36 questionnaire, was found as well. Immune and autonomic symptoms also decreased over time, and the number of median steps per day increased from 4,500 to around 6,500. Endothelial functioning improved in 6 of the 11 patients who received 12 months of the drug.

Biomarkers – markers that can tease out which patients are likely to benefit – are particularly helpful in expensive treatments like IgG – and they may have found one in this trial.  All the patients who improved on subcutaneous IgG had high lactate dehydrogenase (LDH) levels at baseline, which subsequently dropped during the treatment. Lactate dehydrogenase converts lactate, which at high levels becomes toxic, to pyruvate and back again.  When oxygen is in low supply, as has been conjectured in ME/CFS, it converts pyruvate, the last product of the glycolytic cycle – to lactate. Lactate dehydrogenase (LDH), then, plays a key role in energy production. The fact that IgG appeared to help reduce LDH suggests that the immune system is involved in the energy production problems found in ME/CFS. They hope to do a randomized, placebo-controlled trial.

These different treatment approaches all have one thing in common: they target B-cells – one of the most important cells in autoimmunity – in different ways. Rituximab and cyclophosphamide (Endoxan) wiped out the memory B-cells that were telling the B-cells to go on the attack. (Endoxan has a broader effect and also affects T-cells). Immunadsorption removes the autoantibodies from the blood. IgG flooded the patients’ blood with helpful antibodies.

While the Rituximab failure was a bitter pill to swallow, Scheibenbogen noted that better, next-generation, monoclonal antibody drugs are being developed and coming on the market. New approaches to autoimmune disease such as targeting Fc receptors will also be helpful   Scheibenbogen pointed to a 2019 paper Next-generation Fc receptor-targeting biologics for autoimmune diseases – PubMed (nih.gov) which listed alternative approaches to IgG that were under development. She believes that the advent of long COVID will make companies more receptive to giving these drugs a try in ME/CFS and has had discussions with one.

Scheibenbogen suggested that clinical trials of autoimmune therapies only include patients with infectious onset, that the Canadian Consensus Criteria be used to filter patients, and that activity measures be used to assess responses.

During the Q&A, Scheibenbogen reported that she knows Andreas Goebel, the leader of the fascinating fibromyalgia study, which found that transferring IgG antibodies from FM patients into healthy mice turned the healthy mice into fibromyalgia mice. (The IgG from healthy people had no effect). It appears that Goebel is interested in doing a similar study in ME/CFS and they are discussing how that might happen.

To sum up, both studies and small trials suggest that a subset of people with ME/CFS have autoimmune problems. The field is being thwarted from producing results we can count on, though, by its lack of financial resources. Scheibenbogen noted that problem with financial resources even extended to the Rituximab trial and its need to fix the maintenance dose at a certain level (instead of tailoring it to patient size). Given the very strong response seen in the Phase II trial, which did not have a fixed maintenance dose, Scheibenbogen believes the reduced maintenance dose in the big trial may have had a big effect.

Scheibenbogen noted that every attempt to impact B-cells (Rituximab, cyclophosphamide, immunoadsorption, IgG) has had some success. The fact that lactate dehydrogenase levels dropped with IgG treatment suggested that B-cell mediated issues may play a role in the energy production problems in ME/CFS. Except for the Rituximab trial, though, the trials have been small, not blinded, etc. – a situation she called “frustrating”. Still, the small trial evidence is generally pointing in the right direction – not for all patients, for sure – but for a significant subset of them.

Next-generation monoclonal antibody drugs, as well as new drugs being developed to fight autoimmunity, will likely be more effective than drugs like Rituximab and cyclophosphamide. She hopes the attention to long COVID will help bring needed attention to ME/CFS, and more and better trials.