Did an Immune Hole in the Gut Open the Door for ME/CFS (and long COVID)? 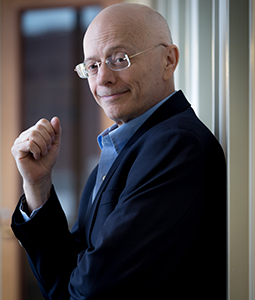 Leonard Jason has been trying to catch long COVID in the act for over a decade. Now he’s taking on long COVID as well.

Leonard Jason and Ben Katz have been doggedly trying to catch post-infectious ME/CFS in the act for over a decade. They weren’t the first – we can credit the still groundbreaking Dubbo studies in the mid-2000s for that – but they’ve been persistent, and their persistence is paying off as they extend their efforts into long COVID. Not that it’s been easy. If memory serves, they had their samples long before the NIH was willing to give them the money to actually test them. (The NIH could have learned from that approach with long COVID.)

Similar, but much more comprehensive, studies are doing for the SARS-CoV-2 coronavirus and long COVID what Jason/Katz have done for infectious mononucleosis/glandular fever and ME/CFS: they’re getting samples from people as they become infected and then are attempting to learn what happens as some people come down with ME/CFS.

Jason and Katz, though, have a twist that most long-COVID studies lack: they’ve gathered samples from before the college students became infected. Potentially, that means they could identify risk factors that were present when healthy, what changed during the initial infection, and finally what changed as they got full-blown ME/CFS months later.

Since they added a long-COVID cohort to his studies, they now have the opportunity to do the same with long COVID – and then compare the two post-infectious illnesses. It’s a fantastic project that’s been weighed down by the usual bugaboo – funding. They lack the funding to do the really comprehensive analyses being done in long COVID. Their studies, though, provide the first opportunity I know of to compare the differences and similarities between Epstein-Barr virus-induced ME/CFS and a SARS-CoV-2 (coronavirus)-induced ME/CFS in real time.

It’s a precious opportunity, indeed, and one that could be of immense importance to this field – if they get the funding to really dig in and figure out what happened.

Dr. Koroshetz has talked about the great opportunity the coronavirus provides for researchers to focus on one pathogen and one post-infectious event. The Dubbo studies and the Jason-Katz studies have shown that that opportunity always existed. All the NIH had to do was pick an infection like infectious mononucleosis (IM), or Lyme Disease, or the flu, and provide the funding to follow them. (The Dubbo studies were funded by the CDC’s ME/CFS program). That could, and should, have been done preparatory to the pandemic that kept Anthony Fauci up at night, worrying. 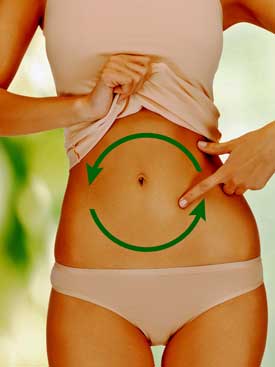 More study is needed, but this study suggests that gut problems could have opened the door to ME/CFS.

The findings, at least to my mind, were remarkable. The symptoms that distinguished people who would later come down with severe ME/CFS (those people who met the Canadian Consensus Criteria) from those who recovered or met the Fukuda Criteria for ME/CFS involved the gut.

The gut problems preceded the exposure to the Epstein-Barr virus; that is, the people who later developed a more severe form of ME/CFS – the kind that most of the people reading this blog probably have – experienced more gut symptoms and lower levels of IL-13 and/or IL-5 when they were healthy.

Gut issues were also strongly predictive of who came down with more severe ME/CFS. People with irritable bowel symptoms (bloating, pain etc.) when healthy, severe gastrointestinal symptoms when they came down with mononucleosis, and low levels of IL-13 and/or IL-5 at baseline had nearly an 80% chance of developing severe ME/CFS six months following IM.”

A pre-infectious immune hole appears to have shown up in the gut.

That was interesting to me personally, as minor gut problems were about the only sign that I could think of that something was maybe a little off prior to becoming ill. Plus, I was exposed to Giardia a couple of years before becoming ill. Perhaps my infectious insult – which I appeared to have fully recovered from – occurred years earlier. That and a concussion are the only two factors that I can discern that differentiate me from my twin – who never came down with ME/CFS. (Check out our gut trigger poll below.)

Who would’ve thought, though, that gut problems might stick out more than fatigue or sleep or exertion problems? Jason and Katz might have, actually. We don’t often link gut problems to autonomic nervous system dysfunction, but the autonomic nervous system controls gut motility, and problems with the gut motility can affect the gut flora, and alterations in the gut flora can affect the integrity of the gut lining, and leaky gut lining can result in inflammation that travels all the way up into the central nervous system. Speaking of leaky vessels, evidence of leaky vessels – in the gut, blood, and brain – have shown up in ME/CFS.

This is the second of the Jason/Katz IM cohort studies to highlight autonomic nervous system problems. Plus, the low cytokine readings (IL-13, IL-6) suggest that some sort of immune protective factor (the hole?) may have been missing. They bring to mind Nancy Klimas’s finding of sparse cytokine networks in ME/CFS, which suggested that quite a few holes may be present, and that ME/CFS patients’ immune systems are not as resilient as they should be.

Still, these cytokines are clearly connected to the gut – apparently, in ways we don’t understand. Derya Unutmaz has found that regulatory T-cells he calls “guardians of the gut” that regulate gut functioning are not working well in ME/CFS. Untumaz, though, also found that the gut microbiome largely returned to normal after about ten years in ME/CFS.

The authors noted that if they were validated, these risk factors could significantly alter the therapeutic strategies in IM and other triggers of ME/CFS in adults and adolescents. They will certainly need validation as the study was small.

Jason reported that they are continuing to follow and assess their mono/ME/CFS patients.

While no studies reach as far back as Jason’s, gut problems are cropping up very early in long COVID. Su found that aberrations in T-cells targeting the SARS-CoV-2-virus and/or the cytomegalovirus were associated with what they called “gastrointestinal PASC”. That finding suggested that the coronavirus may be reaching into the gut.

Animal models indicate that the gut flora may, at times, play an important role in fending off pathogens. Antibiotics, for instance, have been shown to increase one’s vulnerability to the flu virus. In the case of the flu, the microbiome appears to activate an inflammasome that plays a crucial role in defending against it. If that’s so, it’s possible that something that went awry in the gut – maybe something that produced only a few symptoms – played a role in opening the door to an unusually devastating and long-lasting post-infectious event illness.

Indeed, we’ve seen that the viral component of the gut is a critical gut microbiome regulator. A Gulf War Illness animal study found that changes in the virome were associated with increased IL-6 levels – and microglial activation in the brains of the mice. Then they used a broad-spectrum antiviral called Ribavirin to reverse the changes in the gut virome, reduce the animals’ leaky gut and their gut inflammation, and even their neuroinflammation.

The authors, one of whom was Nancy Klimas, suggested that antivirals like Ribavirin, by themselves or in combinations with “complementary and alternative compounds and probiotics”, could “form the basis of a novel treatment strategy for GWI (Gulf War Illness). Given the very similar gut findings in ME/CFS/FM and GWI, that treatment strategy should apply to ME/CFS/FM as well.

The coronavirus pandemic is sparking new interest in developing better antivirals. Along the way, we should learn more about how viruses impact the gut and how manipulating gut virus may help to return the gut flora to health. If the Jason/Katz study findings hold up – that could enable us to fix the original immune hole that helped to started all this off in the first place.

Please take the Gut Trigger Poll and tell us about your experiences with your gut.

If you or someone you know has been infected with COVID-19, you are invited to participate in a research study that seeks to identify the long-term effects of COVID-19 to help the international community better understand and address this illness and similar ones.

You must be 18 years old or older and able to read and write in English to participate. Participating requires completing an online questionnaire that takes about 30 minutes. People who had ME/CFS before coming down with long COVID are invited to participate.

It’s silly, it’s beyond silly, really, not to integrate a field – even a small field – that has been working out the same problems found in long COVID for over 30 years. The decision to remove even the mention of ME/CFS research from the RECOVER website is shortsighted, indeed.

As the U.S. Moves Forward on Long COVID, and the NIH Flails About on ME/CFS, the ME/CFS-Long COVID Webinar is Upon Us

As we continue a series on how long-COVID research can benefit from ME/CFS, consider this:

The Jason/Katz study offers something unique – a chance to assess people symptomatically and biologically prior to coming down with infectious mononucleosis and ultimately chronic fatigue syndrome (ME/CFS). The study found that gut symptoms were increased and two cytokines associated with the gut were decreased in people who later came down with the more severe form of ME/CFS (as denoted by their ability to fulfill the Canadian Consensus Criteria). Furthermore, gut symptoms and reduced cytokine levels were remarkably predictive of who would come down with the more severe form of ME/CFS.

The study was small and needs to be validated but it suggests that some sort of immune hole pertaining to the gut may have left some people vulnerable to coming down with ME/CFS after an infection. The authors also noted a possible autonomic nervous system connection to the gut.

Other studies have found that viruses can affect the gut microbiome and the ability to respond to infections. In fact, a Gulf War animal study found that an antiviral was able to improve the animals’ microbiome, reduce both gut and neuroinflammation and improve gut lining integrity. Given the increased interest in developing better antivirals and the findings of gut problems in long COVID we should see more opportunities open up to manipulate the gut and perhaps close an immune hole in both long COVID and ME/CFS.

Health Rising Exists Because of Your Support!