Could a Major Chronic Infection be Underlying ME/CFS? The IACFS/ME Conference Pt. V

“B. miyamotoi is a prime candidate to be the major chronic infection underlying ME/CFS”

The fifth in a series of blogs reporting on the 2022 IACFS/ME Conference focuses on an intriguing possibility: that heretofore unknown infection is present in most people with chronic fatigue syndrome (ME/CFS).

Talk about a jaw-dropping statement. With the exception of Dr. Chia’s work on enteroviruses and Ariza’s work on the Epstein-Barr virus, most researchers have pretty much given up on finding “the chronic infection” underlying ME/CFS. Repeated failures to find evidence of a pathogen have led to the conclusion that while ME/CFS can be triggered by a variety of infection, the pathogen is likely long gone. With the emergence of long COVID, though, the idea of viral persistence has caught hold and the question is back – could a persistent pathogen or bits of a pathogen be causing ME/CFS?

It got a bit more interesting when De Meirleir looked where no one has looked before –  at tick-borne pathogens and at ones other than the Lyme disease-causing bug (Borrelia) at that. Plus, he used a new testing approach using bacteriophages to find them. 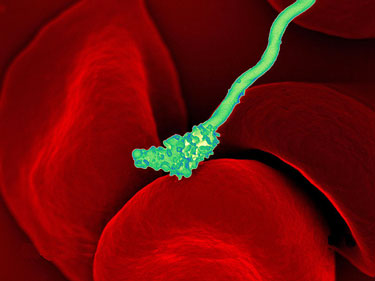 Many different kinds of Borrelia exist. This is Borrelia hermsii. (from the CDC.)

My numbers may not be correct, but the gist is that in this rather large study, a very large percentage of ME/CFS patients tested positive for B. miyamotoi while few of the healthy controls did. My jumbled notes stated that 81% of people with ME/CFS tested positive while 20% of the healthy controls did. In contrast to the high percentage of ME/CFS patients diagnosed with B. miyamotoi, few were found to have B. burgdorfii – the bacteria that causes Lyme disease. That last finding jived with the results of a 1999 study that failed to find evidence of a hidden Lyme infection in ME/CFS and a recent study that failed to much Lyme disease in people with ME/CFS, fibromyalgia, migraine, and related diseases.

If my notes are correct, the study consisted of patients from Belgium and the Netherlands, but De Meirleir reported getting similar results from patients from South America, Russia, Asia, and North America. He thinks B. miyamotoi may be a big deal in this disease.

B. miyamotoi was first identified in Japan in 1994 and is now known to be present in ticks with ranges across Russia, Europe, and the west and east coasts, and the midwest of the U.S. Just how common it is, is not clear, however, as few studies have assessed its prevalence.

B. miyamotoi is spread by the same Ixodes ticks that spread Lyme disease (Borrelia Burgdorferi) but is more closely related to the bacteria that cause tick-borne relapsing fever. The disease it can produce, “Borrelia miyamotoi Disease” (BMD), generally produces fever and flu-like symptoms but can also produce neurological/musculoskeletal pain, cognitive dysfunction, sleep disturbance, and fatigue; i.e. similar symptoms to ME/CFS.

The promise of bacteriophage testing rests on the fact that each species of tick-borne bacteria such as Borrelia carries a distinct package of phages – simple life forms that live off the bacteria. They are reportedly 10-100’s more common than the bacteria themselves.

Because each Borrelia bacteria reportedly can carry multiple phages that are unique to it, theoretically, it should be easier to pick them out using PCR than searching for the bacteria itself. Thus, bacteriophage tests should be more effective at uncovering the lower levels of infection that occur early – allowing the pathogen to be treated more quickly.

Plus, some evidence suggests that the prophages can be released from the cell following stressors such as antibiotics – leaving them even easier to find. Still, while bacteriophages have been known to exist for a long time, it’s only recently that they’ve been used to test for Borrelia bacteria.

Dominic recently reported for Health Rising on his wife’s use of a bacteriophage test.

As R.E.D. Labs has built up their bacteriophage testing approach since 2019 the interest in bacteriophages in the scientific literation – while never particularly high – and may even be declining. Only two studies were produced in 2021, with the previous ones showing up back as 2017. I could not find any studies that compare standard bacteria testing to bacteriophage testing.

An opinion paper published by the Journal called the study “promising” but cast doubt on its methodology, and citing its “flawed circular reasoning and over-interpretation”, stated that:

“The aforementioned considerations cast substantial doubt on the reliability of the results, but—when interpreted with caution—do not undermine the value of the authors’ hypothesis. Unfortunately, the conclusions drawn by the authors from the results are inappropriate. The authors state that their assay can distinguish early LB, late LB, and HVs. These conclusions are not supported by the data.” 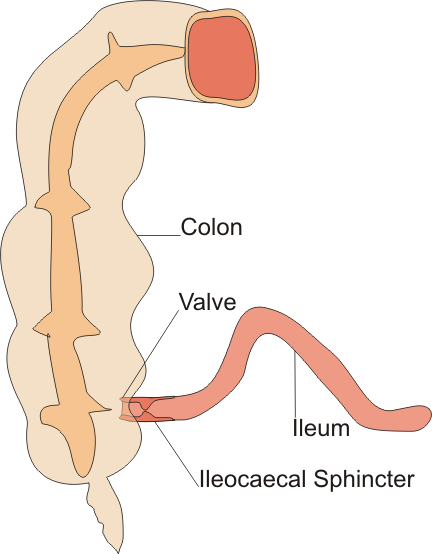 The ileocecal valve is located in the lower right-hand side of the abdomen. Dr. Cheney reported finding tenderness in that area in a large number of people with ME/CFS.

Dr. De Meirleir reported he’s found increased levels of toxins called lipopolysaccharides produced by bacteria in people with ME/CFS. Then, in one of the most interesting parts of his presentation, he focused on the ileocecal valve that separates the small intestine from the large intestine. I didn’t write down the possible connection between B. miyamotoi and the ileocecal valve, but the last time I remember hearing about it was decades ago from Dr. Cheney who pointed to a spot on my lower right abdomen which he said was almost always painful in ME/CFS. (Mine is).

The ileocecal valve stops fecal matter from backing up into the small intestine. Ileocecal valve syndrome is a condition featured on alternative health websites that’s been called the “great mimicker”. The valve can either get stuck open or closed and can reportedly cause a witch’s brew of symptoms including fatigue, abdominal pain, allergies, heart palpitations, and many more. Many things can purportedly cause it, including bacterial and viral infections, parasites, and Candida. A wide variety of general treatments are used, including this one:

Pressing the ileocecal valve area with the flat of your hand (all fingers) and maintaining pressure there for 5 mins/day for 4 weeks, then continuing this technique once a week for several months.

The idea that chronic fatigue syndrome (ME/CFS) might be caused by a hidden infection is enticing. Given the lack of test validation, though, we have to be cautious before we can declare that ME/CFS is a B. miyamotoi infection, or is associated with one.

We’ve learned that we have to be particularly careful about new tests coming from smaller labs. The RNase L test R.E.D. Labs created and marketed to diagnose ME/CFS is no longer being used. The validity of CellTrends tests for POTS, and perhaps ME/CFS (blog coming up), and the EpicGenetics blood test for fibromyalgia has been questioned.

R.E.D. Labs was a prominent testing portal for XMRV tests. According to several reports, in 2010, De Meirleir reported, using the Whittemore Peterson Institute, which turned out to be contaminated, to test his samples, that he’d found XMRV in ME/CFS patients from all over Europe, that it had produced an immunological signature similar to that of symptomatic HIV patients, and that the “long agony” for ME/CFS patients was over. He wasn’t the only one to think so, but XMRV did not pan out.

In 2012, De Meirleir reported that he’d produced a diagnostic test for ME/CFS and held a press conference, “Research on Extremely Disabled Patients Reveals the True Nature of the Disorder”, in which he stated that hydrogen sulfide was the culprit. R.E.D. Labs was the sole distributor of the test which is no longer being offered.

R.E.D. Labs also provides many other tests including PCR, immune, intestinal and other tests, and Dr. De Meirleir – a stalwart supporter of people with ME/CFS going way back – was probably the first researcher/doctor, for instance, to really focus on the gut and has made many contributions including video’s, research papers and collaborations with doctors (Canadian Consensus Criteria, International Consensus Criteria) to ME/CFS over the years.

According to my notes, De Meirleir stated that B. miyamotoi is a “candidate” for being the major infection in ME/CFS”; i.e. he acknowledged that more testing needs to be done. Let’s hope that it gets it and doesn’t suffer the fate of Dr. Chia’s enterovirus findings – which have received no, or almost no, independent testing.