Wired to the Gills: The Hyperadrenergic POTS Group – The Dysautonomia International Conference #V

Italo Biaggioni, a respected Vanderbilt researcher in the field, has co-authored 100’s of studies on dysautonomia.  He was an impressive speaker, at ease and relaxed in front of the room. I felt like I was sitting in his living room.

He noted that the sympathetic nervous system (SNS; flight or fight) is great for action and getting us out of danger but not so good when chronically turned on – which is what’s happening to the most wired and hard to treat postural orthostatic tachycardia syndrome ( POTS) patients of all – the hyperadrenergic POTS subset. 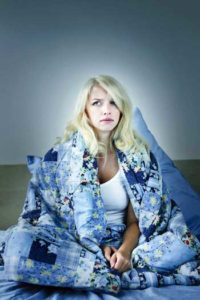 In hyperadrenergic POTS, the sympathetic nervous system is engaged even during rest and sleep.

The parasympathetic nervous system (rest and digest) system should keep the hard-charging SNS under control. After getting all riled up, our systems need time to kick back, relax and heal, but healing time is in short supply in hyperadrenergic POTS. Their systems go pretty much all the time and that includes rest periods and sleep.

In most hyperadrenegic POTS patients, the high SNS activity is a compensatory response to low blood volume and/or to nerve problems that are causing the blood to pool in their lower bodies when they stand. Raj posits that for about 10% of hyperadrenergic POTS patients, though, the brain is producing the SNS hyperactivity.

That high sympathetic (norepinephrine) outflows from the brain are present even during rest suggests these patients are dealing with a primary disorder – not one that is compensating for problems elsewhere.  Their blood pressure also tends to be higher than normal when they’re resting (or what passes for rest in this group).

About half of the group also shows evidence of mast cell activation (increased tryptase, methylhistamine). One group of hyperadrenergic POTS patients also carries a genetic defect in a norepinephrine transporter which results in increased NE levels.

Biaggioni thinks maybe 30–40% of people do. Grubb’s 2011 study, on the other hand, found that 10% of 300 POTS patients met the criteria for hyperadrenergic POTS. Zhang’s smaller 2014 study found 50% of children with POTS were hyperadrenergic.

Grubb’s 2011 study described hyperadrenergic POTS as having an increase in systolic blood pressure of ≥ 10 mm Hg during a tilt table test with rapid heart beat (tachycardia) or serum norepinephnrine levels that were greater than 600 pg/mL upon standing. (The mean standing norepinephrine levels in Grubb’s hyperadrenergic study were 828 ± 200 pg/mL; normal range: 520 pg/mL.) 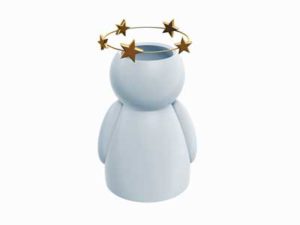 Dizziness, tremulousness, and feelings of fainting more are common in hyperadrenergic POTS.

From 10-40% of POTS patients are believed to have the hyperadrenergic form of POTS. In primary hyperadrenergic POTS the brain produces higher than normal levels of norepinephrine (adrenaline) even when at rest

Increased levels of dizziness, headache, and tremulousness distinguished hyperadrenergic POTS patients from other POTS patients in one study

Hyperadrenergic is a more difficult kind of POTS to treat but drugs such as Ivabradine, Methyldopa, Propanolol and Clonidine which can reduce sympathetic nervous system activity can help.

POTS may not be getting as much funding as chronic fatigue syndrome but it has far more robust treatment activity; compare the approximately 20 drugs in clinical trials now in POTS to the one drug under trial for ME/CFS now.

Note that all of these problems can be caused by autonomic nervous system problems, and probably reflect the more severe ANS problems in this group than ME/CFS/FM patients at large.

Treatment isn’t easy in any POTS subset, but this is the hardest group to treat.

Biaggioni reported that hyperadrenergic patients with and without mast cell activation syndrome (MCAS), can respond to drugs called central sympatholytics which tone down the SNS, such as methyldopa (an old drug) and guanfacine. Trying methyldopa constitutes another fun kind of diagnostic test: hyperadrenergic POTS patients usually do fine on the drug, but other POTS patients get worse.

Because these drugs can be sedating, Biaggioni starts with them at low doses and gives them at a good time to get sedated – at bedtime. Biaggioni said he was trying to get other drugs into clinical trials.

Biaggioni reported that Clonidine not a good choice in this group.  It works very fast and very well but when it wears off it can have a rebound effect, causing the SNS activity to snap back – not a good thing in a hyperactive SNS disease.  Grubb’s 2011 study, however, found Clonidine to be one of the more effective drugs in a subset of hyperadrenegic POTS patients.

Propanolol – a beta blocker – is commonly used to knock down the sympathetic nervous system. (Beta blockers were the most commonly used drug in Grubb’s 2011 study. SSRI/NERI’s were next (63%).)

If you do well on propranolol, Biaggioni stated that you probably do not have mast cell activation because theoretically it should make MCAS worse. Biaggioni reminded everyone, though, that treatment is an art and the body doesn’t always follow the rules: sometimes propanolol does work in people with MCAS.

Biaggioni reported that everybody’s favorite newish drug in POTS, Ivrabadine, can be very helpful in hyperadrenergic POTS – particularly if a patient’s resting heart rate is high.  One mother spoke of the complete turnaround her daughter had in just three days on the drug. The U.S. company making Ivrabadine jacked up the price enormously but it can be gotten cheaply from Canada.  The pharmacies up north, Biaggioni said, are every bit as good as those in the U.S.

Check out an Ivabradine Success Story

Articles From the 2018 Dysautonomia International Conference

Your Support Is Needed