This is a journal article we’ve been needing. That long COVID is a real and serious problem has been established. Media articles frequently note the similarity between chronic fatigue syndrome (ME/CFS) and long COVID. Plus, Avindra Nath and the Long COVID Alliance have been beating the drum about ME/CFS and long COVID. It’s hard to tell, though, if the broad research community has gotten the message. 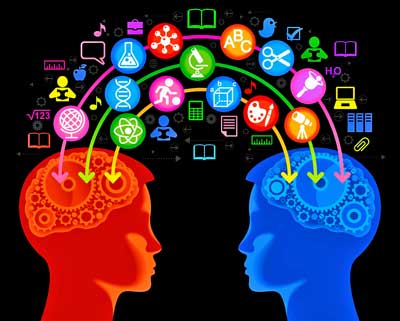 We vitally need, though, studies that include the other long haulers – the 1-2 million people in the U.S. who’ve had ME/CFS for years. The only mention of ME/CFS I could find in the NIH long-COVID grant descriptions showed up in the 14-page (!) list of FAQs accompanying the grant descriptions. It asked, “Would formation of a ME/CFS sub-cohort be acceptable to enable deep phenotype comparisons?” i.e. is it possible to use this grant money to compare people with ME/CFS to the long haulers?

I think the answer was yes. The authors anticipated that the ‘investigator consortium” (whatever that is) would develop protocols and sub-studies that compared ME/CFS patients (not necessarily of long-hauler origin) to the long haulers.

“We anticipate that applicants will propose to address specific hypotheses in the overall group and subgroups of PASC participants and the investigator consortium will develop an overall protocol and sub-studies to address these questions.”

That was good to hear. But then a grant opportunity that funded studies to assess the risk of developing further diseases somehow failed to mention the one disease that’s been most associated with long COVID – chronic fatigue syndrome. (It did include dysautonomia, neurocognitive impairment, and exercise intolerance.)

That raised a few alarm bells. The brand spanking new RECOVER (Researching COVID to Enhance Recovery) website from the NIH that showed up yesterday, though, silenced them for now. (RECOVER is the new name given to the NIH initiative to study long COVID). ME/CFS, in one form or another, was mentioned twice on the small one-page website.

One of the four FAQs on the page asked if the long-COVID research will help the millions of Americans with post-viral illnesses as well. RECOVER stated: “It may also help improve our understanding of other post-viral syndromes, such as chronic fatigue syndrome, and autoimmune diseases—conditions in which the body’s immune system attacks healthy cells.” RECOVER also reported that the long-COVID studies will include participants from “established NIH-supported studies of other diseases and conditions“.

That was good, but now comes the task of acquainting the research community with the many intriguing insights ME/CFS researchers have uncovered. As Emily Taylor of the Solve ME/CFS Initiative said in the Community Advocacy talk yesterday (paraphrasing), “We don’t want long-COVID researchers to reinvent the wheel – we want them to use what we’ve learned to sprint forward.”

The “Insights from Myalgic Encephalomyelitis/Chronic Fatigue Syndrome May Help Unravel the Pathogenesis of Post-Acute COVID-19 Syndrome” paper will help them do that. This is the first journal article, I’m aware of, that explicitly spells out the potentially important role ME/CFS research could play in informing the understanding of long COVID. It will also surely be an opener for many. Long-time ME/CFS advocate and researcher Anthony Komaroff and the “virus hunter” himself, Ian Lipkin, penned the paper.

The article begins with a bang by reminding researchers that long COVID is simply the latest and greatest in a long line of post-infectious illnesses. Noting that the infections were ‘well-documented’, the authors listed 16 pathogenic events (Epstein-Barr virus, human cytomegalovirus, human herpesviruses 6A and 6B, SARS-COV-1, Ebola virus, West Nile virus, dengue virus, Ross River virus, Borrelia burgdorferi, enteroviruses, human parvovirus B19, Mycoplasma pneumoniae, Giardia lamblia, Coxiella, and Candida sp.) which have been shown to cause post-infectious illnesses.

Plus, they added a new and, it turns out, a quite timely trigger, that’s been brought to the fore by a member of the ME/CFS community, no less – being in an intensive care unit (ICU). In a series of blogs on Health Rising, and then in a series of journal articles with Lars Larson and Jonas Bergquist, Dominic Stanculescu identified, for the first time, the possible links between post-ICU syndrome and ME/CFS.

Next, Komaroff and Lipkin identified insights from ME/CFS that might help explain long COVID.

The Gut – The gut is an intriguing place to look given its role in regulating the immune system (and its possible connection to very severe ME/CFS). Besides growing evidence of dysregulated gut flora, studies suggest that increased gut wall permeability may allow gut bacteria to enter the circulation.

Metabolomics – no field is more intriguing in ME/CFS than metabolism. The authors identified three main findings:

Neurological – noting that while depression is present in ME/CFS, it occurs as a result of the disease – and is not a risk factor for it. The authors noted the many neurological findings including: cognitive issues, pain hypersensitivity, functional deficits demonstrated by fMRIs, widespread neuroinflammation, impaired HPA axis functioning, dysregulated autonomic nervous system (ANS) functioning, elevated levels of autoantibodies attacking the ANS, reduced anaerobic threshold, increased lactic acid and other problems found in two-day exercise studies, and the need to recruit more brain regions during cognitive tasks.

We’re just beginning to learn about long COVID, but some possible connections have shown up. Besides the wide overlap in symptoms, the mixed results from attempts to find evidence of the virus in the central nervous system suggest that it’s the “host response to the virus and microvascular damage” occurring from that – rather than the direct effects of the virus – that is probably causing symptoms. Indeed, they believe the virus probably does much of its damage via its effects on the vascular system (blood vessels). The widespread “microinfarcts” found in COVID-19 could be contributing to the cognitive problems found.

These findings alone present plenty of potential overlap with ME/CFS and fibromyalgia, with several studies suggesting the microcirculation, in particular, has been disturbed. Wirth and Scheibenbogen have proposed that vascular problems are key to ME/CFS.

It’s intriguing that those “microinfarcts” found in long COVID seem close to one of the first neurological findings in ME/CFS – the widespread white matter hyperintensities found in ME/CFS patients’ brains over 30 years ago.

The Core Problem in ME/CFS 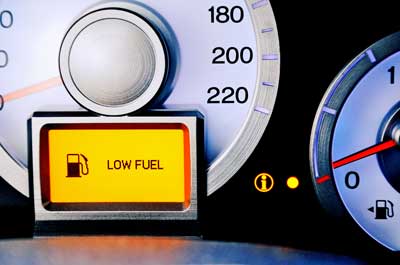 Two ME/CFS experts propose that problems with energy production and neuroinflammation play a central role in both ME/CFS and long COVID.

What links all these problems together? Bob Naviaux surely smiled when he saw the “Distinguished Simcox-Clifford-Higby Professor of Medicine at Harvard Medical School” (Anthony Komaroff) and the internationally recognized virologist (Ian Lipkin) – point a finger straight at his cell danger response and hibernation hypothesis.

That will surely open some eyes. One wonders how many long COVID researchers entertained the idea that a hypometabolic response and “hibernation” might help explain long COVID? Probably not many.

The authors proposed that the “unchecked persistence of a response” to a stressor had triggered a cell danger response at the cellular level, and an “integrated stress response” at the organism level. That ongoing response left ME/CFS patients in a hibernation-like state where “essential energy-consuming processes” were “throttled down” – leaving only small amounts of energy left to be used for the basics of maintaining life.

They are not alone in their focus on the lower parts of the brain. In 2014, following her stint on the Institute of Medicine panel for ME/CFS, Lucinda Bateman proposed that a “limbic encephalitis” or inflammation in the lower brain (hypothalamus, thalamus, and pituitary) was likely triggering many of the symptoms of ME/CFS.

In 2018, Angus Mackay, another ME/CFS patient and researcher proposed that inflammation was causing the paraventricular nucleus (PVN) of the hypothalamus to set off an integrated stress response in ME/CFS.

Komaroff and Lipkin proposed that the “fatigue nucleus” in the hypothalamus was probably triggered by inflammation in the brain.

But where the heck is the neuroinflammation coming from? Komaroff and Lipkin suggested it was caused either directly caused by infection or injury, or indirectly by inflammation in the body, or by autoantibodies (like those found by Scheibenbogen). (Direct infection seems unlikely but could be happening.)

It should be noted that in an ME Research UK-funded study, Jarred Younger is determining whether immune cells from the body are making their way into the brain.

Unfortunately, the paper – a preprint – seems to be missing a section called “Outstanding Questions”, but the authors end by highlighting what they believe the key components of ME/CFS are – chronic inflammation, redox (oxidative stress) imbalance, defective energy metabolism – and show several different ways these factors could combine to cause the symptoms in ME/CFS.

They also assert that “the underlying biology” of long COVID “is similar to that of other post-infectious fatigue syndromes in the past, to post-critical illness syndrome, and to that of ME/CFS, and “involves the central and autonomic nervous system, and a persistent, dysregulated immune and metabolic response to any of multiple infectious agents”.

I imagine that the immune system would be at the top of most long-COVID researchers’ lists of usual suspects. Not so much the metabolic response, hibernation and the autonomic nervous system. Let’s hope this paper gets widely read, and that metabolism and neuroinflammation are front and central in long-COVID research.