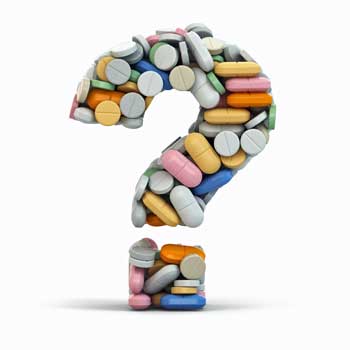 Which will be the next drug to be FDA-approved for FM or ME/CFS?

Both fibromyalgia (FM) and chronic fatigue syndrome (ME/CFS) clearly need better treatments. The FDA-approved drugs for these diseases are too often ineffective, come with too many side effects (fibromyalgia) or just aren’t available at all (ME/CFS).

Too many people remain in pain, unable to work (or work well), be active, get out and visit and do the things they used to love to do.  Alternative health treatments and mind/body techniques can certainly help, but for most of us significant relief or a cure is probably going to take the form of a drug or other FDA-approved treatment that insurance companies will pay for. Hence the focus of these overviews on drugs.

In part one of this series, we looked at the recent disappointing drug trial failures and one drug that’s managed to revive itself after a near-death experience. In this one, we look to the future – at clinical trials underway or reported to begin shortly.

This overview doesn’t cover supplements, diets, exercise or mind/body treatments – all of which are undergoing trials in these diseases. If you’re interested in being in one of the trials mentioned, clicking on the link will take you to the trial in the clinialtrials.gov database. 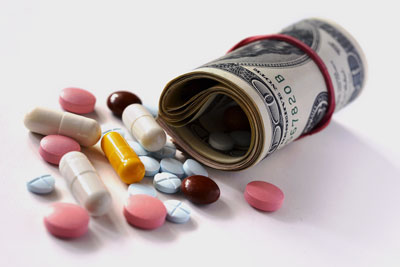 At over $3 billion a year in the U.S. alone, the market for FM drugs is a hot one.

A cough suppressant for FM? Jarred Younger is trialing dextromethorphan – a possible microglial inhibitor – in fibromyalgia in Alabama. (The microglia are immune cells in the brain that produce neuroinflammation.)

Vaccine? – Some people with ME/CFS recoil at the idea of getting a vaccine, but a staphylococcus vaccine worked well for a Swedish doctor with ME/CFS for decades. Now the Faustman Lab in Massachusetts is attempting to activate the immune systems of FM patients using the bacillus Calmette-Guérin (BCG) vaccine.

Stimulating! – seven different magnetic stimulation studies are under way or will soon be recruiting.

Soft Tissue Manipulation (massage?) – Dr. Liptan has said that massage is the best thing for FM.  If you’re in Madrid, you might be able to check that out for yourself in a “soft tissue manipulation” study which hopes to increase its participants’ heart rate variability levels.

Innovative Med Concepts – When last heard from (last summer) Dr. Pridgen’s attempt to raise funds for two phase III trials for his antiviral combo had failed but another phase II trial was in the works.

Tomnya: The Lazarus Drug – If Tomnya (TNX-102) can improve both sleep and pain (and help with PTSD if you have it!) in FM, Tonix Pharmaceuticals will have a real hit on their hands.  Check out a drug that’s come back from a near-death experience and should enter trials soon.

Mystery Drug – The Astellas Pharma ASP0819 Phase II study recently finished up, but it’s worth noting because it was large (n=186) and took place in dozens of centers over the past four years. It’s also a complete mystery. Astellas is holding info on ASP0819 close to its chest: I couldn’t find any information – even in the scientific literature on the drug.

Getting Oxygenated – The first FM hyperbaric oxygen trial went quite well. With the 60 90-minute hyperbaric oxygen sessions (five days every week) in this Israeli study, the FM patients are getting pounded with oxygen.  A French study may be doing them one better, though; it’ll be comparing the results of hyperbaric oxygen with transcranial magnetic stimulation.

Diabetes Drug? – Half the FM patients in one metformin retrospective FM study reportedly recovered quickly. Could it really be so easy? One metformin trial in fibromyalgia has been completed and another is under way.

Ear Therapy – FM patients in France will get what appears to be ear acupuncture or auriculotherapy, which the investigators report works in their clinic and has been validated by the World Health Organization (WHO) since 1987.

Shocking… – Shock-wave therapy, the investigators report, has “been used successfully to treat painful skeletal muscle, tendons and fascia” problems. They’ll be trying it in Switzerland if you’re in the neighborhood.

No less than 10 studies are looking at some form of acupuncture (electroacpuncture, dry needling) in FM and myofascial pain syndrome. (If insurance companies would approve it, I’d give it a shot in a minute…)

Lyrica generics coming – Pfizer has hauled in $30 billion from Lyrica in the U.S. alone over the past fifteen years, but the drug manufacturer’s cash cow will be ending soon. Fierce Biotech indicated that Lyrica generics from Teva, Mylan, Sandoz and other companies should be hitting the market soon.

Market? What market? Does Big Pharma care about an untouched million-person market? Apparently not. While they throw money at fibromyalgia, they’re still afraid to stick their toes in the water for ME/CFS. That seems crazy, given that many would probably be tempted to sell their first-born for a chance at a good drug.

While it’s not coming from Big Pharma, there is hope, though. It’s coming from small drug companies (Cortene) and doctors and researchers (Dr. Klimas and the Institute for Neuroimmune Medicine, Dr. Naviaux and the Open Medicine Foundation, and Dr. Peterson and the Simmaron Research Foundation).

Let’s not forget the work Ron Davis is doing testing drugs with the nanoneedle, or the Solve ME/CFS Initiative’s Ramsay award to Vincent Lombardi to search for an immune-based drug target.  Either could reap major dividends if they work out.

Ramsay’s Continue Focus on the Mitochondria in ME/CFS – Plus, the Hunt for a Drug Target is On (!)

Cortene – The big surprise of last year – the Cortene drug trial – has finished up at the Bateman Horne Center, and we are awaiting results.

Klimas Drug Trial – this most fascinating of trials used supercomputers to come up with its Etanercept (first) and Mifepristone (later) combination. The goal – to reset the systems of Gulf War Illness (GWI) and ME/CFS patients and return them to normal functioning. The Gulf War Illness trial is probably finished or is nearing finishing, and another similar small trial has started or will be starting soon in ME/CFS.

Klimas Methylfolate Study – talk about a down-in-the-dirt, practical, study.  Dr. Klimas’s methylfolate study to determine if a genetic defect is causing folate problems in ME/CFS and if the proper supplementation will help is reportedly done.  It won’t cure ME/CFS, but any boosts in energy and well-being are certainly welcome.

Suramin – Can Naviaux turn back the clock, dig patients out of their hypometabolic, hibernation-like, worm-like (that’s the C. elegans worm) dauer state with a drug used for African Sleeping Sickness? The problem has been getting access to the drug – which reports indicate will happen at some point. The small Surinam autism trial went well…

Treating Autism and ME/CFS: Could One Drug Help Both?

Younger’s Plants – So the study is on Gulf War Illness, not ME/CFS – but if Dr. Klimas can try to treat GWI and ME/CFS with the same drug combo, we can put Younger’s botanicals study into the ME/CFS category.

Younger has hinted that some botanicals may actually work better than LDN at reducing neuroinflammation. The data analysis of his large botanicals trial is underway. We should have it by the end of the summer.

Mestinon – Some patients have reported doing very well on Mestinon (pyridostigmine bromide) while others haven’t. Dr. Systrom will reportedly be publishing a retrospective study on the effectiveness of Mestinon in treating exercise intolerant patients with ME/CFS, FM, POTS and allied disorders. Several studies are underway in POTS.

Ampligen – Talk about the need for a miracle. ME/CFS’s perennial disappointment, Ampligen, has been in play for over 30 years now without getting approved. The FDA says it wants one more big trial, to which Hemispherx responds it can’t afford it – leaving us in limbo once again.  Only Hemispherx truly knows what’s going on.

There is some good news, however. Dr. Peterson, the Simmaron Research Foundation, Maureen Hanson and the CDC are working on quantifying Ampligen’s effectiveness and determining why it’s effective when it is. More on that coming up.

The Disappearing NAC Study – At the 2016 Fort Lauderdale IACFS/ME conference Dr. Shungu reported some surprisingly good results from NAC supplementation (too good he thought!). If I remember correctly brain scans suggested that the NAC had done what he had hoped it would –   replenish glutathione levels in the brain. The study, however, has not been published yet.

The Other Chemotherapy Drug – Rituximab didn’t pan out but Fluge and Mella are not giving up. They’ve been trialing another drug, cyclophosamide, an older and reportedly harsher drug but one which has a broader immune effect in. Results from the 40-person CycloME trial should be out soon. (Thanks to Chris.)

Next generation opioids – we know now that it’s theoretically possible to create opioid drugs which are not addictive, do not lead to tolerance or increased pain sensitivity, etc. Whether industry will be able to create them is another issue. I looked through 200 of the 779 opioid studies underway and found not a single one featuring next-generation opioids. Their time has not yet come. Perhaps the HEAL Initiative will help…

The Opioid Painkiller Clampdown – Will it Lead to Better Drugs?

Heal Initiative – the NIH is pumping hundreds of millions of dollars into pain and pain drug research in a very ambitious effort to come up with 15 new pain drugs over the next 5 years.

Because severe fatigue is a huge issue for other diseases, it’s possible that a drug breakthrough that treats the fatigue in them could bleed over into ME/CFS, FM and related diseases.

We should probably keep an eye on riluzole, a glutamate antagonist, that researchers hope will decrease central nervous system glutamate and inflammation and improve fatigue and cognition. Andrew Miller, who has published on ME/CFS, is leading the trial.

Anamorelin is another intriguing drug. It increases levels of growth hormone (GH), insulin-like growth factor 1 (IGF-1), and insulin-like growth factor-binding protein 3 (IGFBP-3). Plus, it gives one the munchies, and increases body weight and even muscle strength. Armodafinil is often used in ADHD and ME/CFS to improve cognition and energy.  Metformin treats a mitochondrial issue (AMPK activation) that appears to be present in ME/CFS and FM. A trial is underway in FM.

MS is one of the more severely fatiguing diseases known. More MS patients report significant problems with fatigue than for any other symptom, and it’s often one of the first symptoms to manifest itself.

Mestinon (twice), Ivabradine,  droxidopa (Northera), IV albumin, IVIG, phenylephrine are being trialed. Notice that droxidopa is also being trialed in both POTS and Parkinson’s disease.

Cannabidiol, droxidopa, Nabilone, transcranial stimulation. Two Cannabis drugs are being trialed in Parkinson’s Disease to reduce fatigue (and other symptoms).